Bisnow
Hearn, in one of the biggest deals of 2016’s early going, refinanced the John Hancock Center yesterday with a $210M loan from Mesa West Capital. Mesa West provided a five-year, non-recourse loan allowing Hearn to refinance the existing debt on the building and for ongoing leasing and capital costs to stabilize the asset, which is 85% leased. The financing includes $35M in mezzanine debt. Hearn JV’d with Mount Kellett Capital Management and Lynd Co to buy Chicago’s fourth-tallest building in 2013 for $145M. The group later implemented a $45M capital improvement plan that included a complete replacement of the mechanical systems, a full renovation of the entries and lobbies on Chestnut and Delaware streets, a new 13th floor lounge, a fitness center and a conference facility. The common areas on each floor were also redesigned and bathrooms redeveloped. Hearn has plans to redesign the Hancock’s Michigan Avenue plaza. The refinancing capped a banner 12 months for Mesa West in the Chicago market. The firm entered the market with a bang, helping Sterling Bay refinance 1KFulton for $220M. Mesa West has originated nearly $600M in short-term debt since opening its offices last year. Mesa West VP Matt Snyder says what attracted the firm was the Hancock's iconic status in a market with continued strength and the value added to the asset by Hearn. 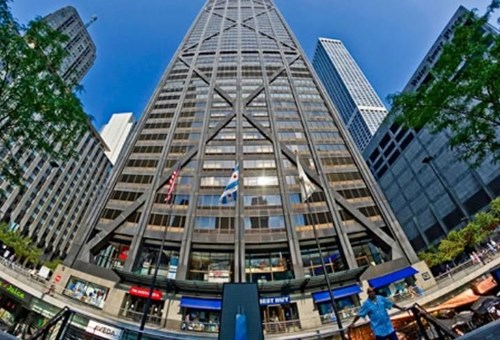