LaSalle Street zombie gets a $42 million infusion All News

A venture of Hearn has agreed to inject $42 million into a zombie office building in the Loop that is in need of renovations and new tenants, wrapping up a more than yearlong deal to assume control of the LaSalle Street tower.

The Chicago-based real estate investment firm and New York-based investment manager Fortress Investment Group have completed the recapitalization deal with Harbor Group International, the owner of the tower at 2 N. LaSalle St., the three firms said in a statement.

The new investors will spend about $42 million on upgrades to the 26-story tower and sign new leases, which is about one-third vacant, said Hearn CEO Stephen Hearn.

Crain's first reported the deal was in the works in November 2015, but it was unclear at the time how much the Hearn venture was planning to invest to turn around the 691,410-square-foot building.

Norfolk, Va.-based Harbor Group bought the tower for $152.7 million in 2007, as prices were peaking before a real estate crash.

Harbor Group was facing a potential default when the $127.4 million loan—which was packaged and sold to investors as a commercial mortgage-backed securities offering—approached a February 2017 maturity.

The building had become a so-called zombie as vacancy rose in recent years, leaving no funds to sign new tenants and increase rental revenue. Because of the tower's decreased value, Harbor Group was unlikely to find a new loan large enough to pay off the CMBS debt.

In October 2015, the CMBS loan was sent to a special servicer, a company that deals with troubled loans, as Harbor Group sought to modify the loan.

The statement did not say how much of an ownership stake Harbor Group will retain, and Hearn declined to comment on the exact structure of the deal. The CMBS loan's maturity was extended an undisclosed number of years as part of the recapitalization, Hearn said.

“It's a great building, but it hasn't been in play for several years, and it's been in dire need of fresh capital,” Hearn said. “We're bringing the kinds of things we believe are essential to compete in today's marketplace.”

That includes plans to add a fitness center and tenant lounge and expand the conference center, Hearn said. The tower will also receive cosmetic improvements, and vacant floors will be demolished so they're ready for buildouts by new tenants, he said.

Harbor Group was represented in the recapitalization by James Hanson and Erik Foster from the Chicago office of Toronto-based Avison Young. Michael Curran and Brad Despot of Avison Young have the leasing assignment.

The largest tenant at 2 N. LaSalle is law firm Neal Gerber & Eisenberg, with 187,289 square feet, according to a Bloomberg loan report.

The LaSalle Street building could benefit from a strong leasing market, with downtown vacancy at its lowest level in almost 16 years.

Hearn in January sold a smaller tower a block away at 100 N. LaSalle for $32.4 million. Hearn ventures own the office portion of the 100-story John Hancock Center and the 57-story tower at 70 W. Madison St. 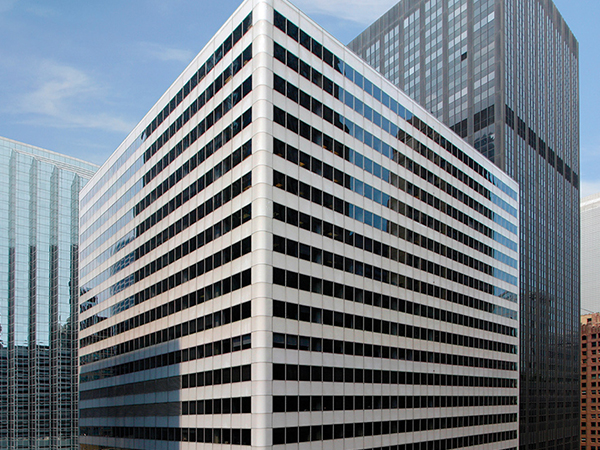