CHICAGO — The price and terms of the transaction were not disclosed, but Crain’s Chicago Business reported the partners paid $375 million. County records show that the seller, a Hong Kong and South Korean venture, paid $343.9 million back in 2011.

HEARN plans to refurbish the 57-story class A asset, which has 1,439,000-square-feet of rentable office and retail space, much like they are doing with the John Hancock Center. The company and two other partners bought the 900,000-square-foot office sector and 710-car parking facility of the Hancock building in 2013.

“This was a trophy amongst trophies when it was developed, and it is our plan to return it to a “best in class” status,” said Stephen G. Hearn, HEARN president, in a prepared statement. “We have years of favorable execution in this market and have developed a solid reputation as a fair and forward thinking landlord. Our program will be consistent with our past success and familiar to the real estate community: cosmetic exterior alterations, lobby rejuvenation, common areas renovations, amenity enhancements, and base building upgrades.” 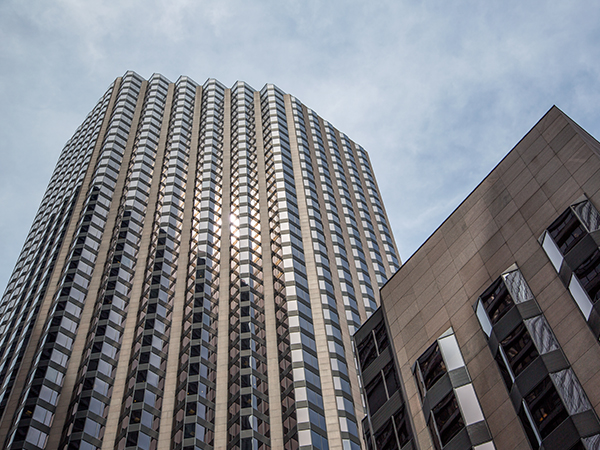