The financing included $35 million of mezzanine debt, which was placed at closing with an institutional investor.

Hearn acquired the 894,000 square feet of office space along with a 710-car parking garage in 2013, located at 875 N. Michigan Avenue on Chicago’s Magnificent Mile.

Since then, Hearn has invested significantly in capital improvements that included a complete replacement of the mechanical systems, a full renovation of the entries and lobbies on Chestnut and Delaware streets, a new 13th floor lounge, fitness center, and conference facility.  The common areas on each floor were also redesigned and bathrooms redeveloped.  Future planned improvements include the reimagining of the building’s Michigan Avenue Plaza.

Mesa West’s five-year, non-recourse loan will be used to refinance the existing debt and for ongoing leasing and capital costs to stabilize the asset.   The office component is currently 85 percent leased and anchored by Interpublic Group, a leading global marketing firm.

The financing was arranged by John Parrett and Bill Howe at CBRE. 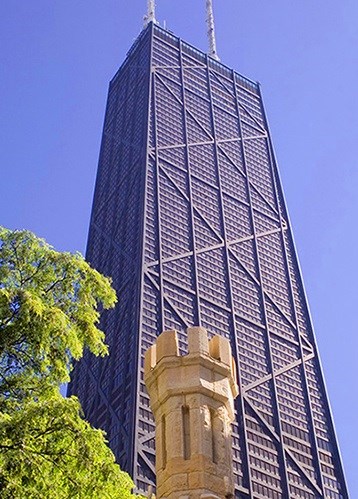